In the fall of 2018, the City of Lenoir recently received a $300,000 Brownfields grant and multiple North Carolina Opportunity Zone designations, both of which could help promote redevelopment and economic growth in the city.

How the Funds Will Be Used

The grants funds become available October 1 this year. The City and its consultant have tentatively identified a number of properties that could benefit and will engage property owners later this year. There will also be a community outreach session to present the program and solicit community involvement.

This is the third time the City has applied for Brownfields grants. Councilman Ben Willis said he appreciated the hard work of City staff and sees the grants as a positive step for economic development.

I would like to thank the efforts of Radford Thomas, Greg Icenhour, and the Brownfield Committee for all of the hard work it took to pull this off, Willis said. The group has worked over the course of six years to get to this point, so it is great to see our persistence pay off. This is a big hurdle that the city has finally cleared. Completing these assessments will help transform industrial sites that were once a liability into assets. 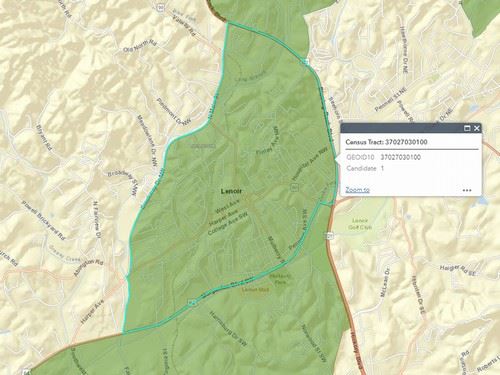 View All
/QuickLinks.aspx
Payment OptionsPay bills online, set up a bank draft, and more.
JobsCheck out current employment opportunities.
COVID-19 InfoNews and resources about the City and State's COVID-19 response
Garbage CollectionFind out more about local trash pickup.
Aquatic CenterSwim and get fit at the Lenoir Aquatic & Fitness Center.
Parks & RecreationPlay and enjoy the outdoors at our parks and rec centers.
Water ServiceSign up and maintain water and sewer services.
WaterSmartSign up! Check water use. Get alerts.
Contact UsHave a question? Contact the City.
Police DepartmentThe City Police Department is committed to providing quality service 24/7/365.
GreenwayThe greenway offers more than 9 miles of path and trails for outdoor actvities.
Downtown LenoirVisit the Downtown Lenoir website.
Government Websites by CivicPlus®