The #8CANTWAIT campaign calls for law enforcement to adopt the the following policies:

In July 2020, Chief Phelps and Communication & Public Information Director Joshua Harris did a show about #8CANTWAIT that aired on the local government channel and City social media.

Below are the City of Lenoir Police Department (LPD) policies relating to the eight and some explanations from Police Chief Brent Phelps.

4. REQUIRES EXHAUST ALL ALTERNATIVES BEFORE SHOOTING

LPD POLICY: Officers of the Lenoir Police Department are required to intervene, if a reasonable opportunity exists, when they know that another Officer is using excessive force.

LPD POLICY: Firing at a moving vehicle is prohibited except where the immediate probability of serious injury or death exists for a police officer and/or for an innocent third party if the Officer does not do so. Before discharging a firearm at a moving vehicle, Officers must reasonably believe that the only immediate means of protecting themselves and/or an innocent third party is the use of deadly force.

7. REQUIRE USE OF FORCE CONTINUUM 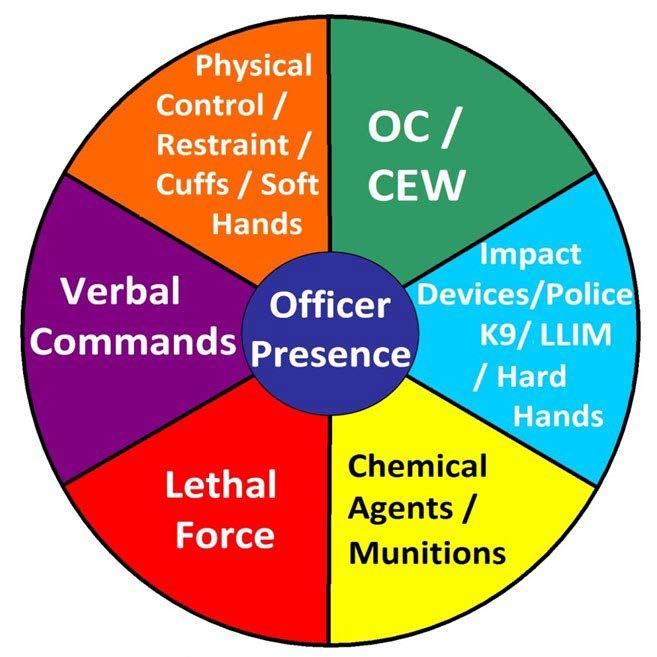 LPD refers to a continuum as a Control Options Chart.

LPD POLICY: The Lenoir Police Department Use of Force Options Chart is a model to show the various use of force options available to trained Officers for the effective and reasonable control of suspect resistance, based upon suspects actions and the Officer’s perception of threat.”

LPD POLICY: When an Officer uses force, he/she will submit a Use of Force Report by the end of their next tour of duty.

Payment OptionsPay bills online, set up a bank draft, and more.
JobsCheck out current employment opportunities.
COVID-19 InfoNews and resources about the City and State's COVID-19 response
Garbage CollectionFind out more about local trash pickup.
Aquatic CenterSwim and get fit at the Lenoir Aquatic & Fitness Center.
Parks & RecreationPlay and enjoy the outdoors at our parks and rec centers.
Water ServiceSign up and maintain water and sewer services.
WaterSmartSign up! Check water use. Get alerts.
Contact UsHave a question? Contact the City.
Police DepartmentThe City Police Department is committed to providing quality service 24/7/365.
GreenwayThe greenway offers more than 9 miles of path and trails for outdoor actvities.
Downtown LenoirVisit the Downtown Lenoir website.
Government Websites by CivicPlus®